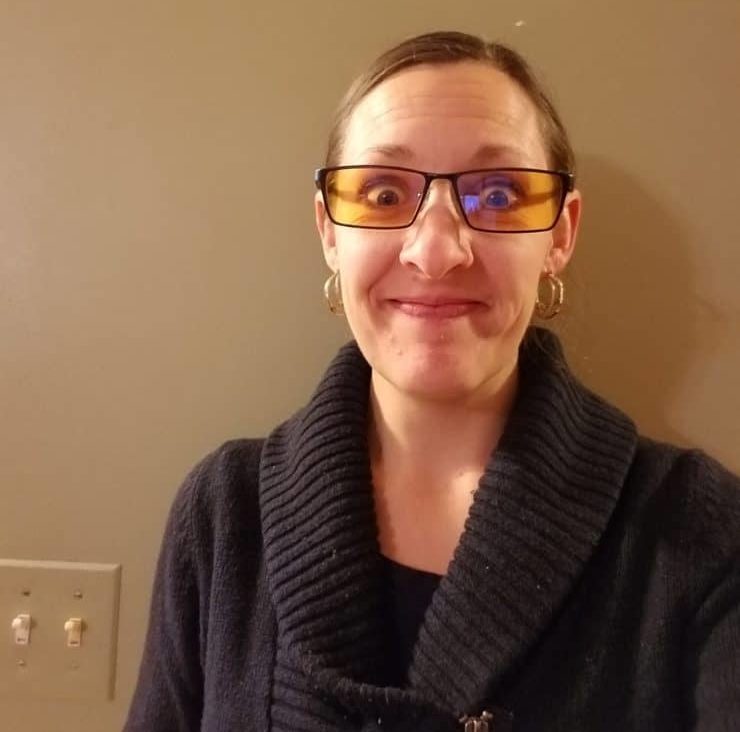 So, I’m trying something new!

I’ve never really had trouble sleeping, but I am trying to get MORE sleep, which means hopefully I’m not dead tired when I fall into bed too late at night.

I’ve been experimenting with these blue blocker glasses to help towards that goal.

Why Block Blue Light After Dark?

The artificial light emanating from computers, phones, TVs, and tablets, and even the light bulbs in your home after the sun sets can disrupt one’s circadian rhythm. The artificial light may look white, but LEDs especially emit light in the blue range and it tricks your body into thinking it’s still daytime which can mess up your body’s natural rhythm and therefore your sleep cycle.

The idea behind blocking the blue light with these glasses is that you can help your body keep to its natural rhythm which will help you get to sleep easier and sleep better.

It’s the same principle as the somewhat new “night mode” or “nightshift” feature on some phones. You can set your phone to automatically change its hue to an amber colored light after sunset to help lessen the effect of the artificial light on our bodies.

Do The Blue Blocker Glasses Work?

I’ve been using these glasses off and on for several months now. During the winter when the sun sets at 5:30 I don’t grab them that early, but I’ll reach for them after I tuck my kids into bed.

Preliminary results are that I actually woke up before my alarm about 5 times in the first few weeks, which equals the number of times I’ve done that my entire life. (That was actually before I was trying to get more sleep.) So maybe there’s something to them!! It’s hard to say for sure if I felt more rested the next morning. It’s so subjective, especially because I have a terrible, inconsistent sleep schedule. 🙁 More data needed!

I’ve now been wearing my orange glasses quite religiously, even to the point that I pack them when I travel and have worn them to restaurants a few times in the evening!

I’ve noticed that if I forget to put them on, television and computer screens seem ridiculously bright, and I’m squinting like a fool.

I’ve heard countless experts laud these orange glasses and list reason after reason why blue light is hurting our circadian rhythm and our sleep.

I’m convinced that these little things are one of the most important, easiest health strategies I can implement, and I’m very committed to keeping up the habit.

And that’s just it – it’s such an easy habit to adopt and only takes 30 seconds each night!

I tend to grab my orange glasses right after I tuck my little boys in at about 8:00 p.m., and if I’m feeling a bit tired (or wired) I might grab them earlier, especially in the dark winter (I live in Michigan).

For more on the importance of sleep, you can check out a few Healthy Parenting Connector episodes:

I’ve now done about 100 interviews with experts, and I’ve lost count of the times that MDs, nutritionists, therapists, and more have said that the bottom line, #1 most important health habit for kids is getting enough sleep.

It’s no joke that we’re not doing a great job as a society, and blue light and overstimulation (plus getting to bed too late) are wreaking havoc on the health of both kids and adults.

So make a goal to get to bed a little earlier tonight, and order these glasses. Even if you can’t get everything about health (or even sleep) correct, you can take this one step in 30 seconds a day.

Your circadian rhythm is worth it!

Do you take measures to reduce your exposure to artificial light at night?