It just doesn’t stop this summer!

First, Consumer Reports says that mineral sunscreens just aren’t effective after testing 13 of them. I totally disagree with them and elucidate my points rather, ahem, pointedly, right HERE.

Now, a reader sent me this article about the dangers of the sunscreen ingredient avobenzone reacting with chlorine in swimming pools to form toxic compounds! The media has been reporting on research published by Cheng Wang in the journal Chemosphere, and I appreciated the more scholarly breakdown of the research here.

A little summary for you of the Phys.org article:

Avobenzone, the most popular UV filter in the world (meaning it’s used the most in conventional sunscreens to block UVA light, and in FACT it’s the only chemical ingredients that DOES block UVA light!), breaks down into hazardous chemical compounds in water, accelerated by the presence of sunlight.

The report states that “the breakdown of avobenzone may take place on wet human skin,” and that the research “simulated the real situation in which a sunscreen is applied to the skin of swimmers.” The authors target chlorinated water in particular and say that copper salts (usually added to swimming pools to make them blue) are even worse, resulting in bromoform being formed. “This substance could provoke dysfunction of the liver and kidneys, along with nervous system disorders.”

Opposite of the Actual Research?

The actual research definitely says an acidic environment increases degradation (speeds it up) – BUT wait, chlorinated pools are basic, not acidic: the normal ph of chlorinated swimming pools is 7.2-7.8. “The optimum pH for pool water is 7.4, since this is the same as the pH in human eyes and mucous membranes. A pH of 7.4 also gives good chlorine disinfection.” (source)

So that acidic environment is actually the opposite of a chlorinated pool. What is up with the Daily Mail and Phys.org reporting incorrectly?

Does Sunlight and Chlorine Degrade Avobenzone in Sunscreens?

I’ve tried to educate people for years about how quickly conventional sunscreens can break down and what better, safe alternatives there are for sun protection. Now here are some figures to dig into:

It sounds like under UV light, avobenzone’s half life is 126 minutes. I’m assuming that at least half the avobenzone has broken down into the other 2 substances at that point, chloro-avobenzone and dichloro-avobenzone. Those are quite unstable under sunlight and especially sunlight and water combined, with half lives of as little as 14 minutes.

Some of what this all turns into include benzoic acids and phenols, which are “quite toxic,” according to Albert Lebedev, one of the study’s authors – especially when they’re chlorinated.

So perhaps the reporting wasn’t quite as much to call home about (and toss your sunscreens) as it sounded at first.

But –  don’t stop now. There are still PLENTY of reasons to ditch avobenzone in sunscreens and personal products forever!

For example: “Avobenzone is significantly degraded by UV light and normal day light. Therefore, it will be drastically reduced over time during the course of normal use. Control degradation studies have shown that 1 hour of sunlight exposure reduces avobenzone absorbance by 36%.” (PubChem, Oppen-Bezalel, in-cosmetics Group)

Avobenzone, which was FDA approved in 1988 as a UVA filter, used to only be available under a trademarked name Parsol 1789. That meant it was more expensive to use in sunscreens and not seen all that often.

In the last few years, it’s able to be used in a generic form as avobenzone, and that coupled with the fact that it’s the only non-mineral ingredient approved to filter UVA rays, means that it’s in just about every conventional sunscreen you can find.

If it’s not, you’re not getting broad spectrum UVA/UVB protection anyway, so that’s no good.

But if avobenzone is so effective at filtering UVA rays, why ditch it?

Too much to look through right now?

I organized alllll the sunscreens we reviewed in their recommendation category – one page at-a-glance to find out what is safe to buy AND works! Print it or save to your phone for reference!

The guide also includes answers to questions people ask me all the time:

I’ll send a copy to your email so you can see it right away and find it again later!

get the safe sunscreen guide
Unless otherwise credited, photos are owned by the author or used with a license from Canva or Deposit Photos. 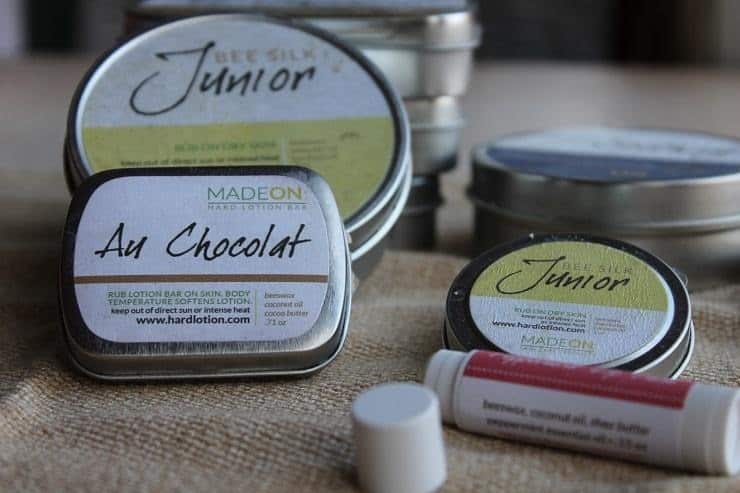