This may read more like a news story than usual around here, but when you’ve tested over 100 natural sunscreens to find the very best ones, you tend to get a little passionate when sunscreen hits the news. In this case, a very GOOD thing may be happening to get more people to embrace zinc oxide sunscreens (will they step away from the sprays?), but opposition is fierce. 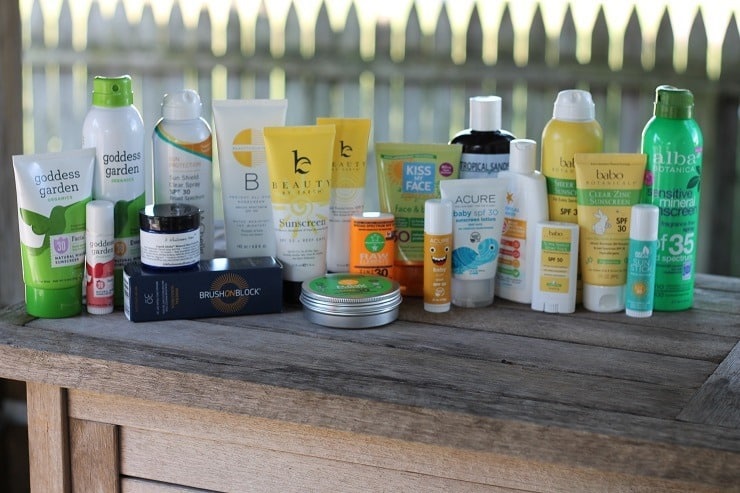 Legislators in the state of Hawaii have passed a bill that, if signed into law by the governor, will prohibit the use of certain active sunscreen ingredients in the entire state of Hawaii.

The effort is to save the coral reefs from the danger of oxybenzone and octinoxate, very popular active ingredients in many sunscreens and washes off swimmers’ bodies into the ocean. Both have been shown to be toxic to marine life and cause coral bleaching. Levels of oxybenzone in Hawaii reach up to nearly 3,000 times the toxic limit, which experts say could completely kill reefs in 10-15 years.

I’ve known about this since last summer when I got to interview a sunscreen guru and formulator who’s been in the business since the 1980s, back when the most popular sunscreen was SPF 4 and was intended to INCREASE your tan! My, how times have changed. The bill was also mentioned here in a great video interview with a Harvard-trained dermatologist working on how we can protect our skin from the sun through what we eat.

To read the press release about the study from the lab who conducted it, go here.

I’m SO excited that genuine legislation is about to solve a problem that harms both the earth and human beings – but it’s not without controversy and detractors!

Why Ban Oxybenzone and Octinoxate in Sunscreens – Especially in Hawaii?

I’m of the opinion that alllll chemical sunscreen ingredients should be banned everywhere, but I’ll take what I can get.

Here’s why these two deserve to be ditched:

No one is asking people to stop wearing sunscreen. No one is saying we should embrace skin cancer, sacrificing ourselves to save the oceans. Ludicrous. But some nay-sayers sure sound like that’s the only alternative to these two chemicals in sunscreens…

Read more on the risks of conventional chemical sunscreens here. 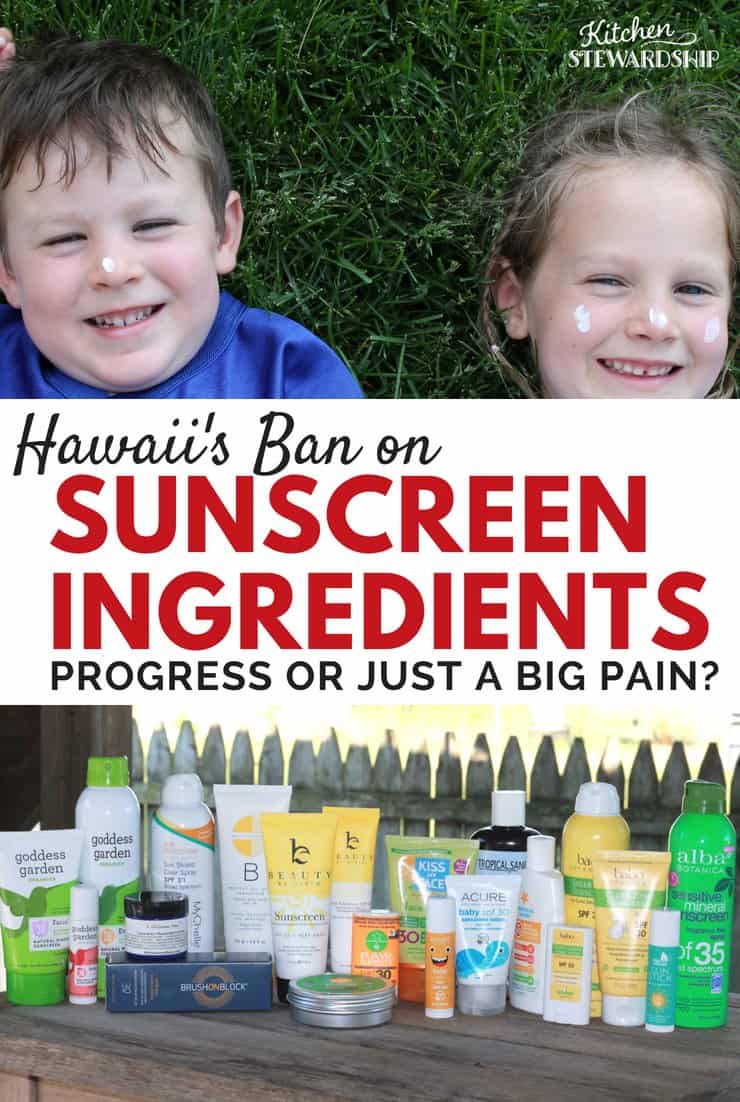 Who is Against the Ban on Sunscreen Chemicals in Hawaii?

Big sunscreen brands of course are concerned that they’ll lose market share in Hawaii. There are alternatives already available (and have been for years) that are “reef safe,” and the big companies would typically have to reformulate or at best only offer one of their current products instead of an endcap full of a dizzying array of choices.

The thing is, they act like they’re looking out for consumer health, blaming “weak science” for being behind this bill and throwing the risk of skin cancer in our faces. If it’s bad science, it’s hard to believe that half the Great Barrier Reef has died off in the past two years alone without human intervention.

In reality, there are options that protect our skin as well (or better than!) those with oxybenzone and octinoxate.

The best ones are those with one single active ingredient: zinc oxide. It’s the only FDA-approved active sunscreen ingredient that protects from both UVA and UVB rays without having to mixed with something else – that’s why you see so many actives on most sunscreens, because nothing but zinc can offer full broad spectrum protection by itself. More on safe sunscreen and skin cancer dangers here.

I haven’t dug into the reasons behind some of the other opponents of the bill, but here is a (somewhat surprising?) partial list:

My guess is that unwarranted concern over skin cancer risks (Hawaii Medical Assn?) and money/economics are behind all of them. Bayer, parent company to Coppertone, bemoans in the Washington Post that the bill will “restrict consumer choice.” Oh, poor us! I say, let’s let sunscreen brands that will keep us all safe make some money here!

Just because 70% of sunscreens on the market – 3500 different ones – contain oxybenzone and octinoxate doesn’t mean it’s best for human bodies – and it’s clear to me that the “Consumer Healthcare Products Association,” which opposes the bill, is not in business for the good of the consumer, but the good of big brands.

One reason that we have found ourselves in this pickle is that the FDA hasn’t approved any new sunscreen active ingredients since the 1970s, and there wasn’t any sort of environmental toxicity testing done back then!

What Brands of Sunscreen are Reef Safe (and will be OK in Hawaii in 2021?)

If passed, this bill won’t even go into effect until 2021 – PLENTY of time for big brands to reformulate (darn) and for smaller brands to get ready to sell more.

Already, Raw Elements, one of my favorite brands, is available in Hawaii, and you can even buy it at a discount on your airplane out there through June this year! A new one we’re testing this year (with high marks!) is Kōkua Sun Care, made in Hawaii and painstakingly following all the rigorous testing the big brands endure to be FDA compliant. I want to see Hawaii’s Chamber of Commerce get behind that “home field” brand!

Do you have to look a bit alabaster, or worse, like Casper the Friendly Ghost, to protect yourself from skin cancer on your next Hawaiian vacation? Some media outlets think that’s the trade-off:

A Live Science blog article said “mineral sunscreens that use zinc oxide or titanium dioxide to physically block the sun’s rays are still allowed. These sunscreens have fallen out of favor because they often leave a white sheen on the skin, but marine biologists say it’s worth looking a little goofy to save reefs.” (quoted in the LA Times)

My family and I have personally tested over 100 different kinds of sunscreen, focusing only on those with non-nanosized zinc oxide or titanium dioxide in the active ingredients. Some of them are certainly awful, some make you white, and some include other unsavory ingredients that don’t pass my very high standards.

But there remain about 10 that I recommend, and the big report on the best natural sunscreen out there is truly the most comprehensive resource on the web when it comes to actually buying reef-safe sunscreen.

Want Raw Elements at a discount? Use the code KS10 here for 10% off! The code KS will get you $8 off your order of Kōkua here! We work to get the best deals for you on the best safe sunscreens!

Too much to look through right now?

I organized alllll the sunscreens we reviewed in their recommendation category – one page at-a-glance to find out what is safe to buy AND works! Print it or save to your phone for reference!

The guide also includes answers to questions people ask me all the time:

I’ll send a copy to your email so you can see it right away and find it again later!