I’ve felt sorry for the young girls caught up in the Salem Witch Hunt since I was about their age.

Sometime in middle school when I myself was a pre-adolescent (back before the word “tween” was coined), I had to write a report of some sort on the Salem Witch Trials. I don’t remember all the specifics of course, but I do recall that I personally decided the most likely theory for the girls’ disturbing behavior had to do with a reaction to fungus in their bread.

They could have been influenced by real demons, I suppose, casualties of the spiritual warfare the devil is trying to convince us all we’re not part of, but it made a lot of sense to me at the time that there was a physical explanation for it all. I was too naïve and wholesome to believe that it could have been intentional malice, I’m sure.

In the end, in 2015, it doesn’t really matter if the docs in 1692 were wrong. That not only was there no terminal psychological disorder affecting the young ladies, but that there may have been an environmental toxin causing a real physiological response is clearly a moot point.

It’s still kind of sad, though, if it’s true that simply removing something from their environment and allowing their bodies to heal may have prevented 150 people from being wrongfully accused and twenty of them killed.

What does all this have to do with ADHD?

There’s a series of children’s books beginning with Martha Speaks, where Martha the dog eats alphabet soup, and “instead of going to her stomach, the letters went right to her brain.”

The illustration on that page is a pretty apt caricature of the gut-brain connection: that what we eat really and truly does go “right to our brain,” just not in the overly direct route of Martha’s noodle ABCs.

Not only is our gut responsible for obtaining the nutrients our hungry mammalian brains need to function, so the brain relies on gut function in an obvious, “the body is all connected” sort of way, but there are also even more poignant gut-brain relationships.

Ever get butterflies in your stomach when you’re nervous?

And it goes both ways – more research is coming out all the time demonstrating the effect of what we eat directly on our brain function.

Sometimes it’s obvious that eating something goes right to our head – sugar and hyper children are an oft pointed at example.

No one ever says, “He ate too much sugar and now his big toe hurts.”

It’s the gut either affecting itself (a tummyache) or the brain (behavior) based on what we eat.

People feel “brain fog” after eating a big carby meal. Other foods can stimulate the brain (morning coffee, anyone?).

The question is, then, whether the foods we eat can affect our brains in the long-term or only the immediate.

Bad Bread: Cause of ADHD and the Salem Witch Trials?

A 2011 study discovered a probable link between gluten, Celiac disease, and ADHD.

ADHD symptoms were present in almost 15 times more people with Celiac than the general population, and when properly diagnosed and a gluten-free diet commenced, many patients saw a stark reduction in their ADHD symptoms and increase in their mental clarity and focus.

Dr. David Perlmutter, author of Grain Brain, posits a relationship between grains, gluten in particular, and Alzheimer’s Disease as well. He pins dietary choices on the risk for ADHD as well:

There are 6.5 million children in America carrying a diagnosis of ADHD. Two-thirds of them are receiving mind-altering medications, the long-term consequences of which we do not understand. Yet we fully understand that dietary choices have a huge role to play in how the brain works. Specifically in terms of risk for ADHD. (source)

The anecdotes pile up faster than IEPs in modern schools…

Cara’s daughter saw vast improvements in her autism symptoms on the GAPS diet, a regimen intended to heal and seal a leaky gut which then in turn impacts the brain via the gut-brain connection…

Many find relief of hyperactivity via the Feingold diet, which cuts artificial food dyes and some other chemicals.

And Pat’s son is one of many who react strongly in their behavior to dairy, and possibly gluten.

If pulling some things from a kid’s diet is curing their hyperactivity completely, and adding that food back in causes them to lose control…

…how far off is it to hypothesize that something the girls in 17th century Massachusetts ate caused them to go crazy?

If their rye bread was laced with a nasty fungus that acted almost like LSD in their brains, perhaps our bread is creating some false accusations as well.

When a child of the 21st century misbehaves, some people are quick to point at modern hands-off parenting and rail against “lack of discipline.”

On the other end of the spectrum are those who blame the brain, searching for the next medicinal answer to the child’s inability to focus.

Quick diagnoses and quick fixes are the norms, as were quick judgments and quick trials in Salem.

This clinic claims that American children are overdiagnosed with ADHD because diagnostic tools can be so subjective and superficial, and too many doctors completely ignore the influence of the environment on the child, especially their diets.

Again, if a simple change in the child’s environment could heal them, why not try it?

All sorts of toxins in our world, food and beyond, can hurt our brains – humans are even losing IQ points because of environmental toxins, and I read a case study once about a girl who truly acted off her rocker, doing some of the same things as the “cursed” girls in the Salem Witch Trials, and it was finally discovered that she had extreme chemical sensitivities and things like her neighbor’s fabric softener billowing out of the dryer exhaust and the “new car smell” were setting her neurons on fire, metaphorically.

When I read this article about Justina Pelletier and her mysterious mitochondrial disease that doctors and CPS deemed as psychological and her parents’ fault, especially the part about how it got worse when her parents visited, I couldn’t help but wonder what kind of perfume her mother wore, and if the whole awful case was caused by environmental allergies. Wouldn’t that be awful?

I’m not saying that today’s doctors are maliciously “witch-hunting” for the next ADHD victim. I’m not saying that they don’t have the best interests of the child in mind – the docs in 1692 were probably trying to take the best care of the community based on the knowledge they had at the time, too.

But I do think we’re missing the boat in a lot of ways. ADHD is overdiagnosed, overmedicated, and if it could nearly always be “treated” by simple removal of toxins from a child’s environment and providing the proper healing diet, or maybe even simply getting enough quality sleep, well…

Maybe a diagnosis of ADHD isn’t quite such a damning sentence as being called out as a witch in the 1600s.

But it seems to have become a sentence nonetheless.

Image from GraphicStock. Used with permission. 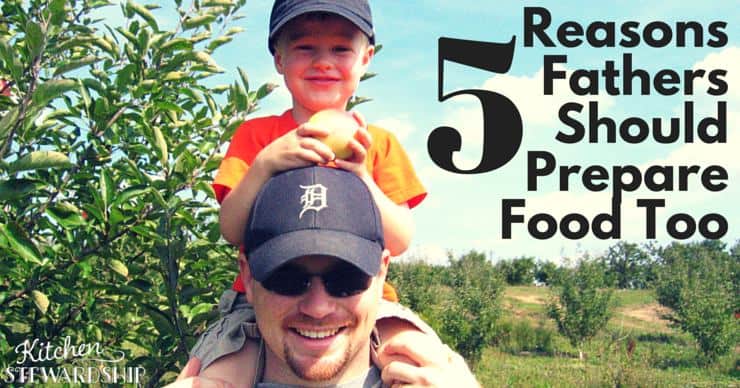 13 thoughts on “Is ADHD the New Salem Witch Hunt?”