Want to starve a parasite?

Withhold food from a nefarious bacteria or virus trying to take hold in your gut?

Don’t just ditch sugar, although that’s a great start. Try a fast to kick off any pathogen purge or parasite cleanse you try and maximize all your efforts!

I learned this strategy from the Gut Thrive in 5 program and am indebted to the wisdom of Christa Orrechio and her counterpart in the program, Dr. Tom O’Bryan.

I’m not a medical professional of any kind (I just teach kids to cook but am not afraid to experiment with my health and write all about it!), so believe-you-me this isn’t advice, just a story of how it went when my husband and I embarked on a 4-day modified food fast in the midst of Gut Thrive in 5.

Missed the other posts in the series? Here’s what we’ve covered so far about the program:

Not sure if you have parasites? Here are the symptoms of parasites and some more info about how to cleanse the worms from your body.

I was SO cranky the day before thinking about the fast, the planning for it, how we might waste food we had, having to cook for our 4 kids without being able to eat.

At the time I realized it might have been PMS too, which worried me even more. What would it be like if I was hangry for 4 days AND had my period!??

RELATED: Hangry Kids? This could be why…

My husband was quite apprehensive but a (barely) willing participant. Because of his nerves and my general kitchen domain, I did all the research and planning for the 4 days.

We were allowed to have:

Note: There are 2 other modifications for people for whom this little food would be dangerous, but we chose the hardest one! I’ve since done a water fast for 5 days and I don’t think it was any harder; in fact having any calories at all may make one more hungry… Bieler’s Broth turned out to be an actual soup with blended veggies and butter, and my planning was pretty terrible because I completely missed that this was even an option until day 4! But let me tell you – BEST spoonfuls of soup I’ve ever tasted! This is probably more a result of the fasting than the recipe.

I made sure to offer up my fasting for a special intention, a very Catholic thing to do, but I appreciate that in the Gut Thrive in 5 literature, Christa encouraged something for your “emotional state” and cited fasting traditions in many of the world’s great religions.

As cranky as I was going in, somehow I woke up on the morning of the fast with my game face on, ready to tackle and succeed at this challenge!

I was so surprised that I had ALL sorts of energy during the fast, every single day. I wrote: “I was a joy to behold (that might be overdoing it, but I did amazingly well.)”

I rarely even felt more hungry than just that feeling of, “Oh, it’s lunchtime, and I’ve been working all morning and didn’t even have a snack…” Just once did I have any sort of crampy pain, just for a few minutes on night 3. I had some bone broth and was all good.

Here are some of the notes I wrote during and after the fast, so you know they’re accurate and heartfelt!

Get organic, pastured whole chickens for your stock from ButcherBox if you don’t have a local farmer you love!

Don’t Know Where to Start a Parasite Cleanse?

Embarking on a parasite cleanse can seem daunting – where does one even start?!

There are SO MANY options out there for how to approach a pathogen purge, but it doesn’t have to be complicated.

I made this simple for you by capturing the three most important steps to rid your body of parasites and put them together in a printable one-page guide.

get the printable guide

Our Results Trying a Fast for the Pathogen Purge

You can probably already guess which of us enjoyed the fast more.

I have no idea how I had so much energy – seriously at least as much as a normal week, if not more – and I even started my period the second day of the fast! I thought I’d just die of exhaustion, but I wasn’t even tired at bedtime.

After a day or two, I will say that I noticed my legs feel heavy sometimes like it took extra effort to move them, to get started walking, to go upstairs. I worried I’d trip sometimes (but never did thankfully). I could still carry my 25-pound toddler up the stairs on day 4 though, so exhaustion wasn’t an issue for me at all.

The constipation issue was another story: I didn’t poop the last 2 days of the fast at all, even directly after an enema!!

“I’m an enema failure!” I said. I didn’t even have a BM with 4 cups of liquid in my intestines! How is that possible??

If you’re interested in trying coffee enemas check out Dr. Jay Davidson’s posts on coffee enemas on his site that will walk you through the whole process. It is a bit daunting at first!

But overall, I felt like I could do this for days more.

I wrote: “Is that crazy??? Especially now that I’ve had the Bieler’s broth, that would make even more of a difference…”

My husband was another story.

By day two, he was wiped out. He physically felt tired and sluggish, mentally was running on half power, etc. By day four in the morning he said, “This is the last fast for me!”

He described the physicality as, “Every part of my body feels like lead.” He’d lean against the wall in the kitchen and announce, “I’m stuck.”

And I was buzzing around like a gerbil on coffee!

He even had diarrhea at 3 a.m. on both nights 3 and 4. We were a little shocked and wondered if that was normal for fasting and enemas since it was exactly the opposite of my experience. It’s hazardous being married to a health blogger (sorry, hon!).

I kept offering the partial fast to him: “Why don’t you just have at least an egg or something? They wouldn’t offer a partial fast if it killed all the benefits.”

On the last morning when we were talking about the fast, he said,

“Jonathan Bailor [author of The Calorie Myth] is right, that when you starve yourself it makes you crave the bad food. I’ve been fine with all the healthy eating so far and really enjoyed it, but you know what? I don’t even want an egg right now. I want a doughnut. I want pizza! My body is telling me I want all the bread and bad things! I hope when I can eat food tomorrow that that goes away.”

Since the beginning, he also worried about the fast taking muscle mass away, since that’s supposed to be the first thing to go when you cut calories. Hopefully not!

I wanted to start slowly and have one egg, and then my amazing husband made eggs with greens, sausage, and potatoes.

I ended up with a huge plateful, two eggs, etc. How could I say no? Halfway through I was starting to feel full and should have just put it in the fridge, but I kept eating.

Unfortunately, after that, I just felt HEAVY in the tummy, slightly off/sick. Not exactly nauseous, but definitely a heavy gut.

I found myself wondering if this was how I always used to feel! Do I constantly overeat? Am I sensitive to eggs, potatoes, pork or greens?

Or did I just overdo it coming off of a 4-day liquid-only fast? I’ll never know.

And I’m so bummed!

I wrote: “I’m crankier than ever this morning and biting anyone’s head off and generally pissed that I’m not getting much done. Next time, one egg. (I, of course, made my husband feel horrible: ‘Seems like any time I try to take initiative and do something without checking with you first I screw it up.’) Oops!”

Kris enjoyed his food wholeheartedly and was SO excited to eat. His stomach felt fine.

Talk about opposites when it comes to fasting!

I would absolutely do it again (and did with a 5-day water fast the next Lent) but my husband probably will never even consider it and is even a little turned off of the ideas of intermittent fasting, which I think could be really helpful for him to try.

Stay tuned for a final review of our experience with Gut Thrive in 5 on Friday!

Have you ever completed a fast? Share your tips below!
Unless otherwise credited, photos are owned by the author or used with a license from Canva or Deposit Photos. 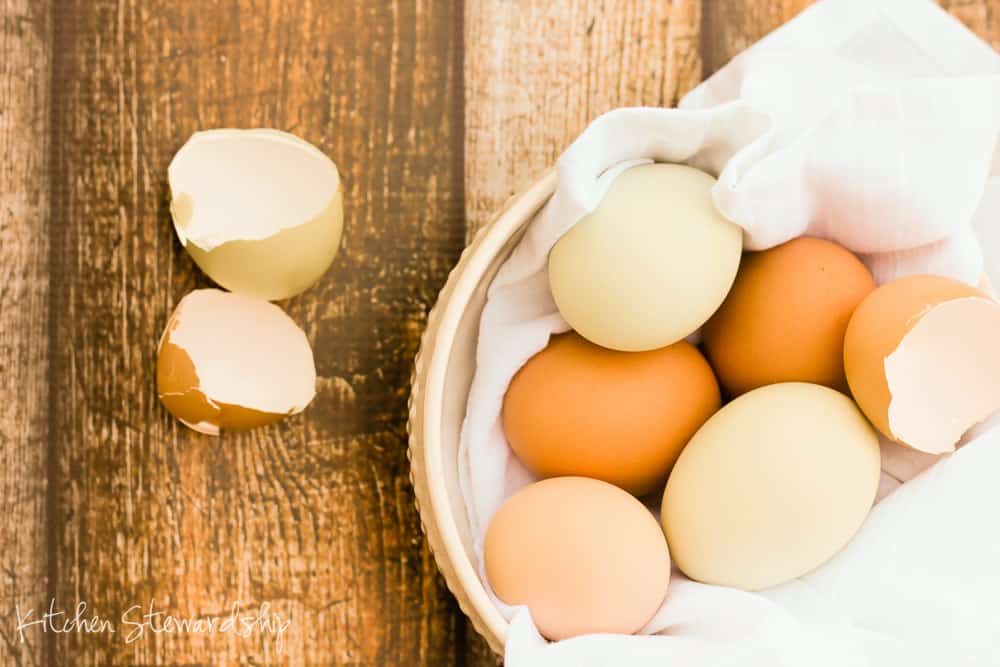