Is your baby’s colon worth having pretty eyelashes?

Would you trade your child’s ability to poop for a pretty smelling shampoo?

Let’s make a deal: You get convenient spray sunscreen, your newborn gets bowel surgery. Sound like a plan?

This is the trade-off pregnant women using conventional beauty products may be making every day because of the ingredient oxybenzone, recently under fire for harming coral reefs and even possibly getting removed from the GRASE (Generally Recognized as Safe and Effective) list by the FDA.

For now though, you can still find this toxic endocrine disruptor in mainstream sunscreens as well as “lip balms, shampoos and conditioners, body fragrances, mascaras, hand and dish soaps, and insect repellents, but also single-use plastic packaging and toddler pacifiers and teethers,” according to a press release from Haereticus Environmental Labs just this morning.

Women in their first trimester of pregnancy (a portion of which happens before the woman is generally even aware she’s pregnant, by the way) are susceptible to their babies developing Hirschsprung’s Disease, a birth defect in which nerve-cell networks don’t form in the lower colon and rectum. Once born, the baby will have trouble or will be unable to poop and requires surgery to correct, or roll the dice on an 80% mortality rate. (DiNardo, J & Downs, CA, Can oxybenzone cause Hirschsprung’s Disease? Journal of Reproductive Toxicology, March 2019)

I admit I had never heard of Hirschsprung’s Disease, although I think I know someone who has it and just didn’t know its name. But it’s not actually that rare – 1 in 5,000 babies born in the U.S. are afflicted with this serious birth defect, running pretty similar to Crohn’s Disease, our family’s personal cross to bear, as far as rate of diagnosis.

To put this in perspective, are you afraid of your child getting cancer? Dude. I am. Terrified.

The American Cancer Society estimated that about 10,590 children in the United States under the age of 15 would be diagnosed with cancer in 2018. About 4 million American babies are born each year. If we assume that, since cancer is the second leading cause of death for kids under age 15 and 80% of child cancer patients survive, we can multiply 4 million babies per year times 15 years to run some numbers, that means the percent chance of your baby being born with Hirschsprung’s is actually slightly greater than being diagnosed with cancer in a given year.

We already know that oxybenzone (and octinoxate, although that chemical isn’t pegged in this study) is a potent endocrine disruptor, interfering with sexual development of children and fertility in adults. Now we know that oxybenzone also causes this birth defect. In fact, if a newly pregnant mother uses the recommended daily application of a conventional sunscreen containing 6% oxybenzone (very common concentration), her baby may have blood levels as high as 384 parts per billion, potentially toxic at the cellular level.

This new study is corroborated by several recent scientific findings. Another study found a correlation between high levels of oxybenzone contamination in pregnant mothers’ urine and their babies developing Hirschsprung’s Disease. Another study showed that oxybenzone can interfere with cell development in exactly the way Hirschsprung’s happens. (And PS, for those of you afraid of cancer already – oxybenzone is linked to that too.)

We Must Avoid Oxybenzone!

But at least we can just avoid these ingredients while pregnant, right?

NO! Because they’re so ubiquitous in the environment as they wash off everyone else’s bodies into the water supply, even bathing can cause an exposure. 🙁 Plus oxybenzone is fat-soluble and can stay in the body for weeks after exposure.

Dr. Denis Dudley M.D., an OB/GYN specializing in Fetal Maternal Medicine & Reproductive Endocrinology confirms that oxybenzone is “especially harmful to the most vulnerable among us – the unborn, young or adolescent children, and couples trying to conceive. They are linked to reproductive, metabolic, or neurological disorders, and several cancers.”

A 2019 study in the Clinical Dermatology Research Journal by DiNardo and Downs questions whether sunscreens containing oxybenzone (among other active ingredients that I’ve been rallying against for years) should even be considered for use on children at all. In the meantime, children are getting their “sun-safe” application of these chemicals on a daily basis, especially as we head into summer.

Are the fear centers in your brain going off yet? They ought to be. Here’s how Hirschsprung’s works:

In response to this new study about Hirschsprung’s Disease potentially being caused by oxybenzone, Lara Adler, an environmental health educator whom I interviewed on the Healthy Parenting Connector, warns, “While everyone is exposed to environmental chemicals and are affected to some degree, pregnant women are the most vulnerable population. Fetal development is an  incredibly sensitive process that can be altered with the introduction of endocrine disrupting chemicals like oxybenzone.” (See her interview here.)

She calls for health practitioners to feel a grave responsibility to educate their patients, helping them understand why they need to avoid endocrine disruptors like oxybenzone. Wouldn’t it be great if OBs started sharing with new moms-to-be about how to make a simple swap from conventional sunscreen to a mineral-based option? There are many good ones to choose from (my family has tested over 100 personally, so believe me, we know!).

It’s time for parents to put up a fuss about this – the industry will only listen when the consumers speak with their money, their social shares, their very loud outcry against toxic ingredients that are probably harming our babies, our children, and our possibility of future grandchildren (not to mention coral reefs, ocean life, and your own reproductive health)!

Tropical locations are getting on board more and more with banning these ingredients, but we really need sunscreen brands to commit to removing oxybenzone and other endocrine disrupting chemicals for a true shift to happen. Whole Foods just announced that both oxybenzone and octinoxate are not allowed in their stores…won’t it be great if all of Amazon would follow???

In reality, sunscreen shouldn’t even be used as often as it is. Dr. Keira Barr, a dermatologist I interviewed on the Healthy Parenting Connector, along with Craig Downs, PhD., one of the authors of the Hirschsprung’s study, both recommend shade and sun-protective clothing as the first line of defense. (See Dr. Barr’s interview here.)

If you’re frustrated that these chemicals are already in our water supply, share as often as possible so we can STOP the buildup more quickly!

Read the entire research study here, galley proof, or the abstract on Science Direct, or the full published PDF at the Clinical Dermatology Research Journal. 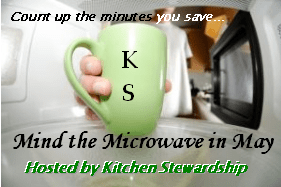 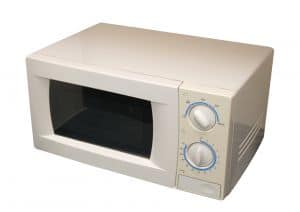