Looking in the toilet with alarm is not the only way to find out if you have a parasite. Knowing if you have parasites isn’t as black-and-white as some may think!

Whether you’ve wondered already if you may have a parasitic infection, assumed you didn’t because you don’t live in a third world country, or never thought about parasites at all… Prepare with alarm to learn that you probably do have parasites!

There are many species of parasites that affect humans and they aren’t all in the gut, which means stool tests will miss many of them. To complicate things further; there are a bunch of symptoms of parasites that can vary greatly from person to person.

In this post, I turn to Dr. Jay Davidson, a parasite and Lyme disease expert, to help us understand what a parasite is, why they are a problem worldwide, and who should probably embark on a parasite cleanse.

You can read more about how to get rid of parasites from Dr. Jay here.

Watch a clip from my interview with Dr. Jay here:

Can’t see the video? View it on YouTube here.

Or read what he has to say here:

The Greek meaning of parasite is “one that sits at another’s table.” The easiest thing to think about is it’s basically a critter — or critters, that feed off a host.

There are over 100 different species of parasites that can infect and obviously affect humans.

Essentially, they steal nutrients from you. They only take; they don’t give any benefit to you. That’s the simple, short definition of a parasite.

Very few parasites are actually visible by the naked eye. About 70% are microscopic. When you’re doing a cleanse and see stuff in your stool that’s an obvious positive test! But even if you don’t see anything that doesn’t mean parasites aren’t there.

There are three classifications of parasites that can cause diseases in humans.

Are Parasites Really a Problem in Developed Countries?

Now clearly, in third-world countries, there’s going to be a higher exposure because there’s less cleanliness and less clean water and food supply. But even in America, there are outbreaks all the time of parasites like cryptosporidium.

When you run lab tests, you’ll see blastocystis hominis and other types of parasites, bacteria, and viruses. America isn’t immune to parasites.

Note from Katie: Yep, blasto was my little parasite discovered via stool test. He’s hard to get rid of!!!

I had only traveled three times outside of America. Once to London for the 2012 Olympics, and to Mexico twice. I went to Cancun and Puerto Vallarta, only resort areas. When I cleansed, I had so many worms that came out of me.

After that, I started thinking back, researching the symptoms of parasites and I realized, “Wow, I’ve had parasites since I was a kid.” All without traveling to another country until I was 18 or 19 years old.

Do YOU Have Parasites?

If somebody sneezes, they can actually sneeze out a pinworm egg. It’s not just bacteria and viruses you want to cover your mouth for!

They’re all over the place.

And now we’re back to Katie. 🙂

Dr. Jay has a free guide to help you figure out if you have a parasitic infection on his website.

If you want to “test not guess” you can order a test through DirectLabs.

Symptoms of Parasites to Watch For

Parasite symptoms can vary greatly from person to person. Some possibilities include:

How to Get Rid of Parasites

Dr. Jay recommends that everyone do a parasite cleanse with herbs regularly.

You can time your initial parasite cleanse for maximum effectiveness. Even once you’ve successfully eliminated parasites once, you’ll want to continue doing maintenance cleanses periodically. Remember, parasites are everywhere so you may pick up another one before too long.

Bottom Line: We All Probably Have Parasites

Next time a friend asks (on the down-low), “How do I know if I have parasites?” you’ll feel confident in telling them, “You probably do.”

Have you ever discovered parasites before? Have we convinced you that you have them? 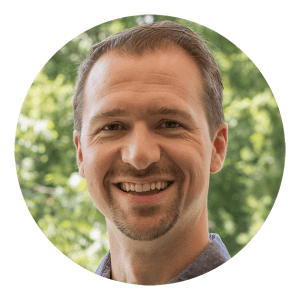