It’s weird being friends with me.

I tend to give a lot of food advice, and when my dear friend’s daughter suffered from headaches every day, I kept gently mentioning that I thought an elimination diet meal plan might really help, such as cutting gluten and dairy for starters.

After a whole year, the family finally tried it – headache gone within a week, and every time the little girl eats gluten, she suffers for a day. She’s old enough to make her own decisions on things like this, and sometimes, the doughnut at school is just worth it. 😉

This has also meant that mom, a good cook and budget-conscious, has been on a search for a great gluten-free sandwich bread recipe for months now. She’s had almost a dozen fails, and when they fail, they’re really, really bad! She’s about to throw her hands up in despair, and I know she’s not alone.

Many people, myself included, feel like good homemade gluten-free bread is a sort of holy grail, something no one has ever seen outside a factory that makes commercial bread (and even then sometimes they’re pretty gross!). We resign ourselves to using gums and weird additives and still have low expectations.

That is, until I met Chris Stafferton.

This guy bakes only gluten-free bread, uses gluten-free sourdough often, and NO gums. He even enters his loaves in baking competitions alongside wheat bread – and wins! His gluten-free bread is mostly whole grain, plus did you know that sourdough already adds health benefits to bread and makes it easier to digest?

That’s a gluten-free sourdough croissant that Chris made, more than 50% whole grain!

I was totally honored to interview him all the way from Australia, and I think he’ll fascinate you as he did me:

Video Interview: Chris Stafferton on Baking Bread That is Gluten-Free

If you can’t view the video above, click Chris Stafferton Gluten-free Baking at Home Interview to see it directly on YouTube.

Click here to download the mp3 version of the interview (to take with you) or just listen to it now without taking the resources on your device for video.

If you don’t have time to watch the whole video, use these notes to glean some info and decide where you want to “skim” the vid. There are a few parts that you must see, when Chris shows us around his kitchen!

I want to start with your story first, Chris. I think there are two really important pieces to learn. First, how did you fall in love with baking? Second, how did you get to be a gluten free specifically baker, what’s that part of your story? (0:59)

And had you been baking homemade bread before that? Because you talked about cooking and to me cooking is very different from baking as far as the finesse and the skills that it takes. Were you a homemade bread baker at that time? (3:39)

This is interesting because your bread now (recipesforliving.info) is just incredible. First of all they do not look like gluten-free. There are huge bubbles and it’s so airy. And so much free form, where people find and where people find working with gluten-free dough can be really hard to work with but you do beautiful things. (Pic above is Chris’s gluten-free homemade challah!) So what did you have to go through to get your recipes to work as well as they do? (5:34)

And what kind? What kind of loaf? Was this just your average sandwich bread or were you going fancy already? (6:39)

You mention you used the word structure – this is kind of what we lose when not using gluten. Developing that gluten gives the structure that holds the bubbles from the yeast. Am I saying that correctly, or what does structure mean? (9:33)

I’ve read you say that when you make your gluten-free bread, it’s just another variety of bread. Are you trying to not be separatist between gluten-free and whole grain, what does that mean? And then what can we expect as we begin to understand bread making the way you do it? (11:15)

It sounded to me like your staples though are just brown rice, buckwheat and the millet. And the others are like fun, experimental ingredients. I love that they are all whole grain as well. (14:45)

“There is a number of things that go on. Not just in what you mix in, but in how the dough behaves as it bakes.”

Could you learn about just by messing around with flour and water and watching it go? (17:01)

I seeing you wrinkle your nose and your brow and you’re saying ‘it’s gritty, it’s gritty, it’s the stuff you buy’. And I don’t think that you really like the stuff that people have available. I know I have never had luck with commercial buckwheat flour. Only milling my own, it’s like a totally different animal. How do you mill the flour that you use that doesn’t make you wrinkle your nose up? (18:04)

Mockmill has a great offer for Kitchen Stewardship® readers!

Click over to Mockmill using this link for the free gifts.

YES! Tell me more about the Mockmill!

Just so we don’t scare people away, at Kitchen Stewardship® we talk a lot about saving time too, you don’t have to triple mill everything if you are just making the everyday bread. Is that just a one mill process? (22:56)

Now we’ve talked about freshly milled being a much finer grain than anything you can buy commercially. Is there any other reason that anyone baking bread, which happens to be gluten-free, would want freshly milled versus commercial? (24:15)

Now I saw when you slid that camera over, what I know to be sourdough starter. So we have got to talk a little bit about gluten-free sourdough. I’ve been curious, Chris do you only bake using sourdough? Is yeast something that’s not even really allowed in your kitchen? (27:20)

Above: Chris’s Gluten-free Sourdough Bucket Millet Braided Bread – he says this braid isn’t even a good one! 😮

When starting a sourdough starter, of a gluten-free nature, is it necessary to mix several different grains or stick with the same grain? Let’s say I just want one jar in my kitchen for gluten-free sourdough. What would you recommend? (29:28)

Would you ever mix, like a quinoa millet starter, or does that cause problems? (32:08)

Now I have to say I noticed that all of your sourdough starters have a solid lid on top and when I used to do whole wheat sourdough I always had a breathable lid, what’s going on there? (32:52)

What about just getting started. I have made sourdough starters and I know that it’s flour and water in the right ratio. Do you add anything like fresh organic grapes to just get things going or can you just flour and water it and it still works fine? (35:05)

As you are starting sourdough, one thing that always throws people off is this idea of discarding some starter. I used to make things that didn’t need to rise, like crackers or a quick bread muffin or pizza dough, with the discard. Especially in that first 8-14 days as you are building your starter, is it important to pull some out or only as it gets too full for your jar? (39:38)

What am I going to see, like visually, let’s say I’m going to be starting a gluten-free sourdough starter in a couple of weeks here. What am I looking for after seven or eight days to say ‘ah ha, I have the right community and it’s stable’, I have no idea what that would look like. (40:42)

So now how if we are baking bread, how does baking with sourdough really differ from baking with yeast? (43:55)

So what kinds of tools and resources beyond a good mill and a straight sided jar would you recommend for someone to really make gluten free baking work? (45:13)

Do you have fancy pans that you use or can we just use regular bread pans when we re baking gluten-free bread?(49:00)

So how many rises does it take when doing sourdough? (50:07)

Photo credit: All photos in this post are Chris Stafferton’s used with permission.

Other Gluten-free Recipes on KS

The Grinding Challenge Series is getting me to use my Mockmill grain mill! Here’s what we’re covering:

Plus where to find einkorn and unlock your special offer on the Mockmill HERE.

Recipes We’ve Worked on in the Series:

Don’t worry, if you don’t have a grain mill or couldn’t imagine yourself grinding grain yourself, I’ll be sure to address when any of these CAN’T be done with commercial flour. Usually, recipes are very compatible! 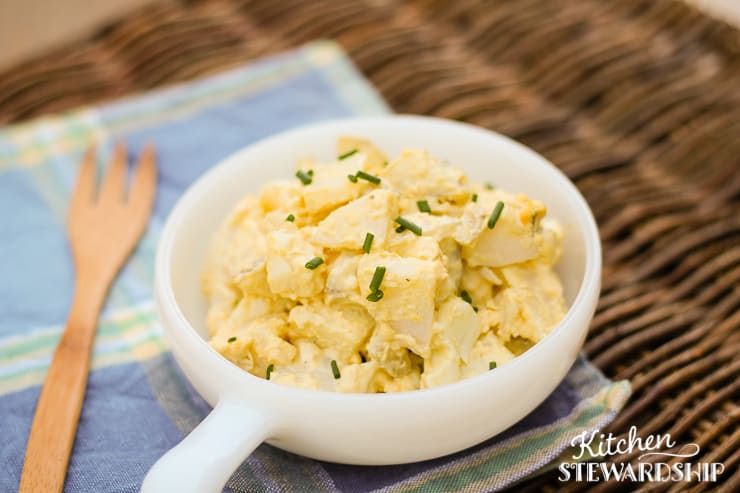