Can you imagine a group of 8-year-old girls spending ten minutes talking about chicken skin?

When I taught third grade, one of my favorite parts of the year was when I introduced Literature Circles, a time when kids were put in groups of four or five and all read the same book together in their ‘circle.’ They decided on their own reading schedule, came up with their own discussion questions, and had “book talks” daily, which I recorded. (On cassette tapes, in case you’re wondering. And yes, thank you, I do feel old now.)

The risk with giving kids all that agency is that they might head off on a tangent before you realize it. I knew that the group of girls discussing a Ramona book one day seemed to be stuck on one topic for a really long time, and when I finally listened to their conversation on tape, I was rolling with laughter.

The scene was in the Quimbys’ kitchen, and the girls, older sister Beezus and young Ramona, age 8, were in charge of dinner. They had an awful time getting the skin off the chicken they were supposed to be preparing, and the author described the tug-of-war scene in great detail.

But it was that detail that the girls simply could not capture in their minds. Every time they tried to figure out just what the characters were actually doing in the scene, they couldn’t agree.

The problem quickly became clear as I reviewed their heated discussion: Not one of the third grade girls had ever seen raw chicken that wasn’t boneless, skinless chicken breasts! The idea of chicken with skin on it at all, clearly a standard part of dinner in the early ’80s when the book was written, had become foreign and unintelligible.

As I mentioned in yesterday’s Monday Mission, that unfortunate turn of our culture has likely created a great deal of food waste in the name of convenience.

And convenient it is! One of the standby foods that many people rely on for a hurried evening is the famous “boneless, skinless chicken breast.”

We all know real food isn’t easy, and switching to buying pastured chickens usually makes such a hit on the food budget that people have to use whole chickens because they can’t afford boneless, skinless breasts OR even more likely, many small farms only offer the whole bird.

So there you are: figuring out the “real food” lifestyle with 53 family favorite chicken recipes strewn about, and every single one begins with “boneless, skinless chicken breast.”

Before you start writing love letters about how much you miss b.s.c. b. or tear your hair out and run to the nearest grocery to take advantage of their $1.79/lb. CAFO chicken breast sale, hear me out: There’s hope. I have some ideas for you.

I received this question from a reader on Facebook this summer:

What are your suggestions for transforming boneless skinless recipes into ones for whole chicken?

For that particular recipe, or really any one that is very chicken centered, I’d say there are at least three ways to make it happen with whole chickens:

1. “Harvest” the breast right out of the raw chicken and just make the recipe as is. (Of course, you’d need multiple chickens to get four breasts). Then you stew the rest of the bird and use the remaining meat for casseroles and soups, and making chicken stock.

2. Use roasted chicken taken off the bird and mix it all in with the rest of that recipe, the sauce and tomatoes, with cheese on top. Does it really make or break the recipe if the chicken is all in one chunk or not? For many recipes, I would guess not. The main flavors are the fresh herbs and cheese, along with the balsamic vinegar, and in this case, the tomatoes are very plentiful too.

3. Use 2-3 cups chicken, either cooked chicken taken off the bone OR bits  snipped out of the breasts of the raw chicken with kitchen scissors, and incorporate rice to carry the rest of the flavor/sauce and fill out the recipe.

You can only use the equivalent of two whole chickens (4 breasts) occasionally, so you don’t want to use the first strategy too often with favorite chicken recipes, you know? You’d be spending all the rest of your meals on soups and chicken casseroles to use up the reminder. But this way you could use just one bird, get all the flavor of the dish, and not be starving after dinner.

That Puerto Rican Chicken recipe pictured at the beginning of this section – the one with the bacon? Yeah, yum. That’s one that we used to love for company, such wonderful flavors (there’s cheese inside). To adapt that one, I’d cook rice, take chicken pieces and all the many spices from the recipe, mix them together in a casserole dish with the same vinegar and oil in the recipe, add chopped bacon, and top with cheese and make a casserole. All the same flavors, a little less “fancy” since they’re not flattened and wrapped, but honestly? Less work, very similar flavor – it’s a win-win in my book.

So Don’t Throw Those “Chicken Breast” Recipes Away!

For me, I’d rather do a little bit of “harvesting” of the breast meat, snipping out chunks with my kitchen scissors (on Amazon), and then stew the remainder of the bird. I’d still get a mix of light and dark meat for soups and casseroles and be able to make stir fry, chicken bakes with sauces and cheese, and pasta with chicken rather than shuffling those recipes off to the circular file.

If you do the harvesting, you end up with less than a pound of meat, usually, so you have to tweak your recipes just a bit to feed the family: stir fry with lots of veggies to supplement the smaller amount of meat, saucy chicken bakes with rice or other whole grains to fill the gap, and extra veggies or legumes in with your pasta rather than getting a chunk of chicken in every bite. (Quick sponsor shoutout – I’ve been adding to my collection of glass baking dishes from Mighty Nest, where they even have some with glass lids, and this series is working really well for us.)

It’s important to note that you likely won’t want to use your stewed chicken, the meat that has cooked for hours in your stock, in recipes calling for chicken breasts. That chicken is just to fall-aparty, better for soup and creamy sauces like this one that I’m taking for Thanksgiving:

I also don’t have any magic wand waving that makes grilled chicken breasts possible with whole chickens, but as long as you’re working with some other flavors, sauces, veggies, or toppings, you should be able to get a comparable taste sensation even when whole birds are your new way of life.

I demonstrate a few examples in my eBook Better Than a Box which is on sale for 50% off through the weekend and also includes a few ways to make gluten-free cornbread-only based stuffing, a recipe some of you might need in the next few days, maybe? Don’t forget about this healthy pumpkin pie recipe – I roasted my pumpkins last night and will be making mine tonight!

What do you think? Would any of those make your fav recipes happen when you’re stuck with nothing but whole chickens?

I’d love to make this post a clearinghouse of information rather than a static set of tips – why don’t you share recipe ideas in the comments and we’ll all try to help adapt them for whole chickens (or, coincidentally this week, perhaps leftover roasted turkey?).

Was this helpful to you? Why not pin it and share with friends?
Unless otherwise credited, photos are owned by the author or used with a license from Canva or Deposit Photos. 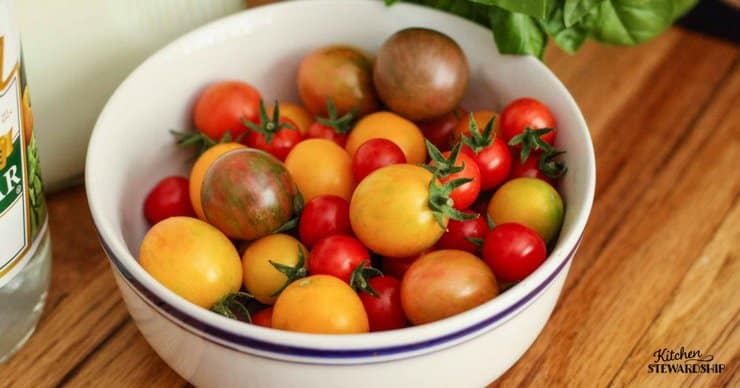