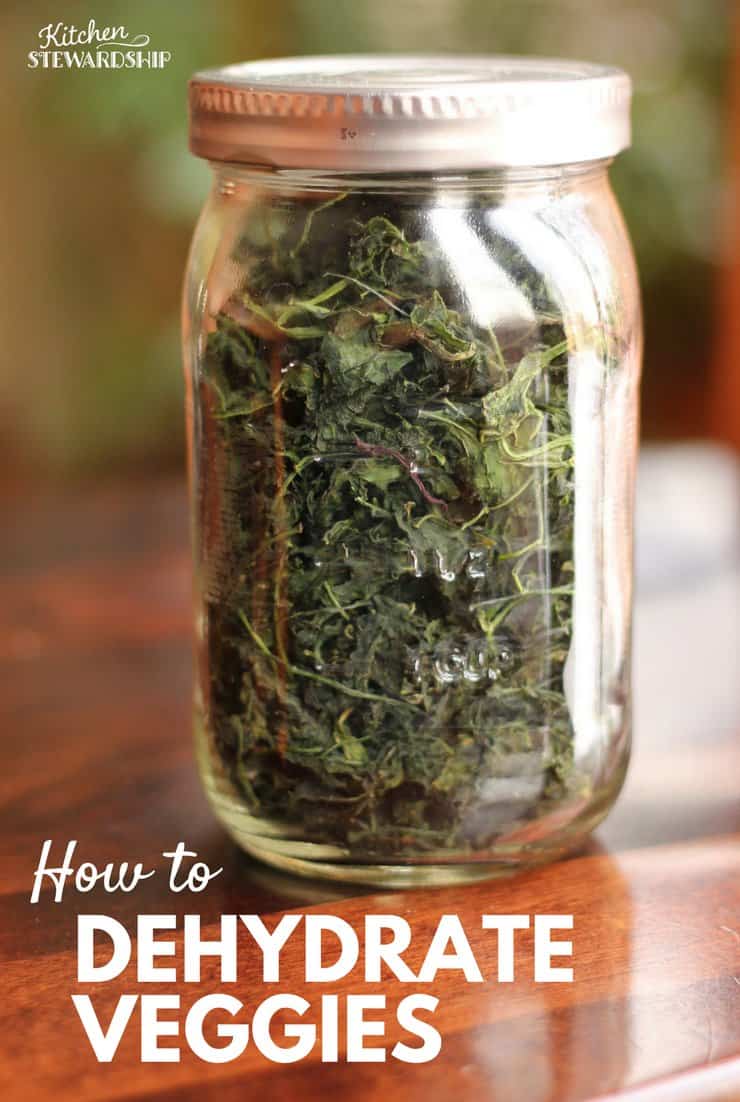 Dehydrating veggies, at least the ones I’ve attempted, is so simple:

The hardest part about dehydrating veggies, for me, is figuring out how to use them and then remembering to do it. I’m a big fan of making veggie chips, which are like a healthier version of potato chips, crispy and salty and full of nutrients. They make a great snack.

I most often dehydrate peppers, zucchini, tomatoes, and greens because those are the items that (1) I really wanted to have on hand all year (2) are plentiful at the Farmer’s Market and (3) wouldn’t fit in my freezer.

RELATED: How To Preserve Apples 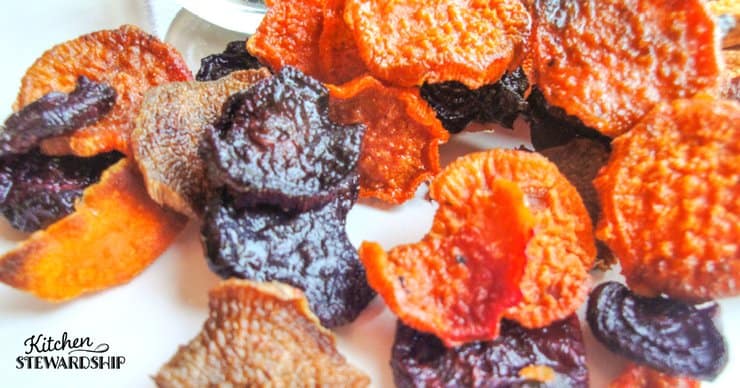 Why Dehydrate Peppers at Home?

I stock my freezer with so many things: u-pick berries, chicken stock from bones, grassfed meat, crispy nuts, and yes, Farmer’s Market peppers. I’d never have enough room to store all that I wanted to preserve when organic, local peppers are 3/$1 instead of pesticide-laden peppers from Mexico for $2.99/lb. on sale in the middle of winter. (Peppers are on the Dirty Dozen list, you know.)

I dried both sliced and diced peppers last year, although now that I’ve used them this winter I would only dry diced. It’s very easy to throw dried peppers into soups and chilis, but I wouldn’t want to use rehydrated sliced peppers in a stir-fry or for fajitas. Frozen sliced peppers are perfect for those uses!

The Many Uses of Dehydrated Tomatoes

I slice and dry Romas until they are completely crispy. Some I store as is, and I toss them into chili and used them, rehydrated, on pizza for a bit of a fake-out sun-dried tomato imitation.

I also have powdered the dried tomatoes in my blender…which, as usual, was more complicated than it sounded. I thought I’d never get rid of some of the big chunks of tomato! I didn’t have a high powered blender when I did this, but I bet if I tried it with my Blendtec it would work better. You can make your own canned tomato paste and sauce with the powder as follows:

I’ve also just dumped some powder into my chili when it looked like it needed a little boost. This is a really, really nice way to avoid the BPA in canned tomato products without having to can (or cook) anything.

Ready to start dehydrating? Download my guide to dehydrating all sorts of fruits and veggies! 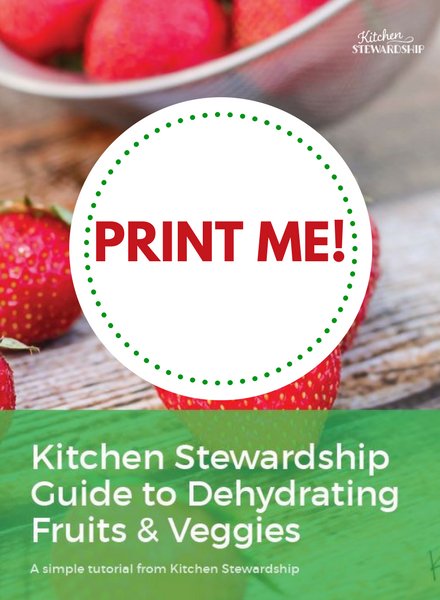 Dried Zucchini To Use All Year Long

Some folks munch on dried zucchini like chips, but I’m not a huge fan. I tend to toss zucchini into about anything liquid, like soup, chili or even burritos. It’s one of the foods I freeze regularly as well. I would recommend slicing each round in half, as the rehydrated pieces are a bit more chewy, so smaller is better. Here’s a post with more detailed instructions on how to dehydrate zucchini and then how to use it up once it’s dehydrated.

Greens are plentiful and inexpensive at the farmers market almost all year round, depending on where you live. I like to dehydrate and then make green powder to toss into smoothies, soups, and anywhere I think I can hide a bit of extra nutrition.

How to Use Dried Vegetables

If you’re putting dried veggies into a soup or chili that will cook a while (at least an hour?), you’re pretty safe just tossing them in. The texture will be best, however, if you follow these directions:

This tomato “leather” recipe that Lenetta sent me is on my “do this someday” list:

1 medium onion, 1 green pepper, 1 garlic clove per 3 cups of diced, unpeeled tomatoes. Whirl onion, pepper, garlic in blender until fine, add tomatoes and blend until smooth. Add other seasonings as desired. Pour puree ¼” deep and dehydrate. Puree leather with water and seasoning to make a superb tomato sauce. In the fruit section, it notes 5 parts water to 1 part leather in a blender for a beverage, I’d guess similar proportions (or maybe 4 parts water so it’s a bit thicker?)

What vegetables are plentiful at your Farmer’s Market? Dehydrate them so they’ll last you all year! 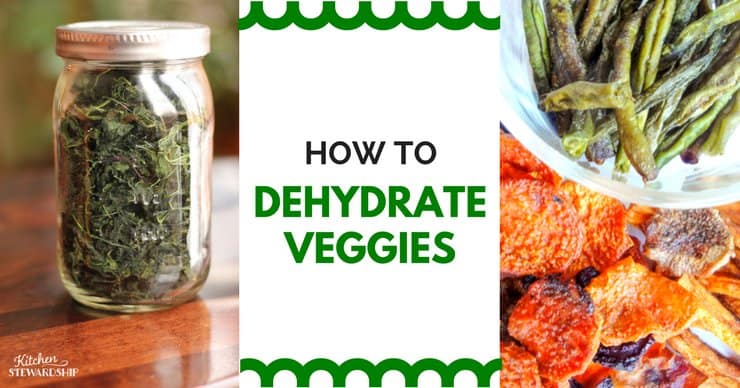