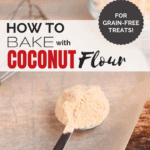 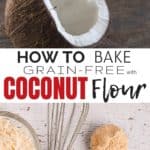 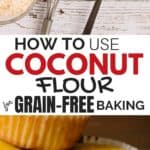 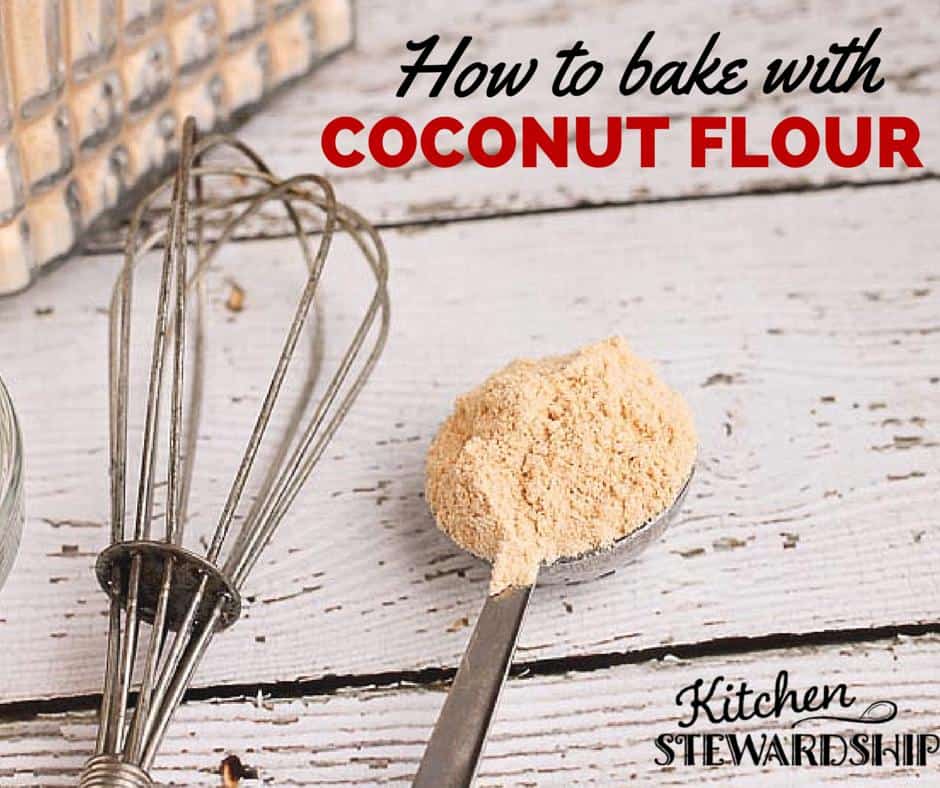 This one is really a “how NOT to” post, which is of utmost importance when it comes to baking with coconut flour, my favorite grain-free flour to recommend as we explore grain-free baking this week.

The NOT starts with a great foodie story: A real food success, followed by a sad, sad failure.

Some friends visited our house a while back and I served the family one of our favorite breakfasts, grain-free pumpkin pancakes. That recipe is so versatile that it works out great with whole wheat flour, sourdough, any gluten-free flour you want and even almond flour and coconut flour. I made it grain-free that day.

My friend reflected on breakfast later in the day, saying, “I usually eat so many pancakes that I feel awful afterward, and it’s really like I just can’t stop. That didn’t happen with the pancakes this morning…it’s not that they weren’t delicious, but maybe that I had more willpower.”

We discussed how that might lend some credence to reports of wheat (and sugar for that matter) having an addictive quality, and she wondered if she should experiment with a gluten-free or grain-free diet.

When they left to return home, I pushed a bag of coconut flour from my storage into her hands, telling her that it would be the easiest way to try a few grain-free recipes – like those pancakes. 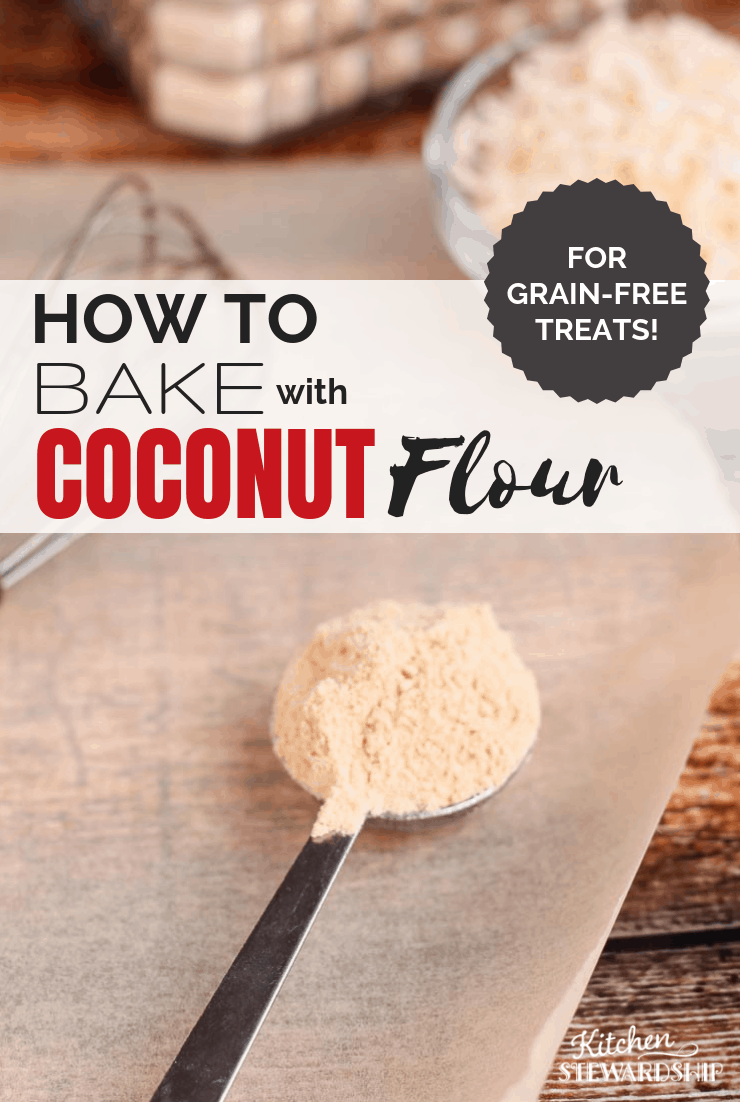 An unfortunate number of days later when I finally got around to sending her some links to great grain-free recipes with coconut flour, she told me the sad ending: She had attempted to simply use coconut flour in an old favorite pancake recipe – regular, wheat-flour-based pancakes. The four cups of flour that recipe required was nearly the entire bag of coconut flour, and if you know the price of a bag of coconut flour, you’ll know why I had to continue to remind myself that givers are no longer in charge of their gifts, that my generosity was not wasted in the eyes of God…but it sure felt that way!

Coconut flour to wheat flour is NOT a one-to-one ratio.

This is very important to remember.

Coconut flour is incredibly absorbent, and most recipes using it have a very large number of eggs and a very small overall quantity of flour. Those who need to avoid eggs likely cannot utilize coconut flour (although please correct me if I’m wrong!). Update: See the comments for a way to use cream cheese instead of eggs – haven’t tried it, but what a great deal for people sensitive to eggs! Avocado and banana were also mentioned. 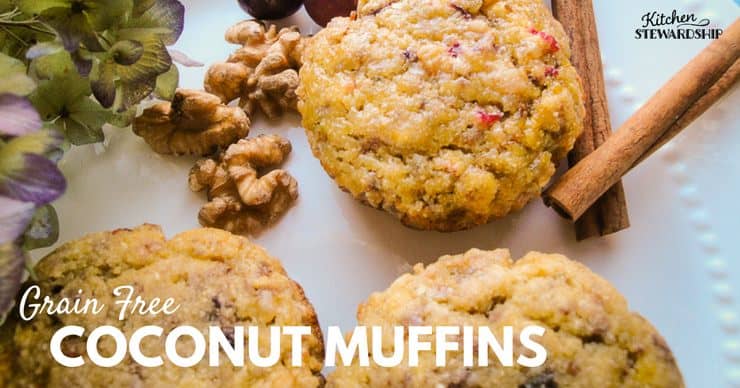 Revamping an all-purpose flour or whole wheat recipe to use coconut flour is, I understand, possible. I’ve never been brave enough to try it, but in Baking with Coconut Flour, Starlene Stewart says to use 1/4 cup coconut flour for each full cup wheat flour and then add some eggs as well. The total number of eggs in the recipe should equal one egg for every ounce of coconut flour used. (If there are 2 eggs in the original recipe, those are for the first two ounces coconut flour.)

Starlene has many more tutorials and tips about how to measure the flour, other compensations to make when revamping recipes, and even some great ideas for saving failed experiments so you don’t have to waste expensive ingredients. In my friend’s case, her coconut-flour-laden pancake batter was so thick you could hardly get the spoon to move through it.

She saved it and still made pancakes by adding a lot of water and some conventional white flour pancake mix (insert collective groan here). I’m guessing Starlene would have had some different advice. 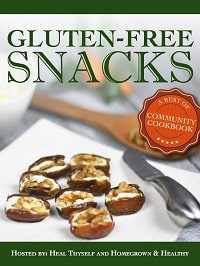 Starlene has several more books dealing with gluten-free or grain-free foods. Check them how here:

If you do want to try to adapt an old favorite recipe to be grain-free, try starting with a muffin or quick bread, since they really are the most forgiving, as I learned when I nailed the gluten-free pumpkin muffins. Make a half batch, and if they come out too dry, you know you had too much flour, too moist, and you need to add some or pack it more tightly in the cup.

You could also try almond flour for grain-free remakes, as it often subs 1:1 quite nicely for wheat flour. I’m going to try one of my old favorites, apple squares, with almond flour this week and hope to have a success story and recipe revision soon. It’s on the to do list (okay, twist my arm, it was actually on yesterday’s to-do list, but I’ll keep trying to get to it!). UPDATE: It took cutting the fat completely in half, but I nailed it! Recipe in The Healthy Breakfast Book.

I think that with coconut flour, it’s best on the whole to just follow an established recipe like this easy coconut flour muffin recipe.

Starlene also has great advice on packing the coconut flour, but I’ve found that tip difficult to follow with anyone’s recipes other than hers (where she always notes “packed”) since I don’t know whether the recipe author packed their flour or not.

Once you’ve used coconut flour a few times in different recipes, you’ll start to get an idea how well it absorbs and how the batter should probably look at the end. It’s not great for thickening gravies or sauces, and although it does very well for rolling out things like grain-free tortillas, you can taste the coconut flavor in the finished product.

If you need just a little bit of tenderness in a grain-free baked good like biscuits or tortillas, try adding a tablespoon at a time of coconut flour and it will often help (as long as there’s enough liquid to absorb).

I learned that different brands really are quite different in their behavior, and I’ll share some videos and photos in tomorrow’s post comparing three major brands (top photo).

And if you’re wondering, it does taste a little like coconut, so whether you can taste it in the finished product or not really depends on what percentage of your recipe the coconut flour entails. Coconut flour is defatted, so it does not have to be stored in the freezer but will dry out as it ages on the shelf (changing the texture of your baked goods slightly).

I’ve got my favorite brand after I tested 3 brands of coconut flour – what’s yours?

Where to Buy Coconut Flour

We always advocate being a good steward with finances, so if you need or want to order online, check around and see who has the best prices and think about what else you need to reach various free shipping thresholds 😉 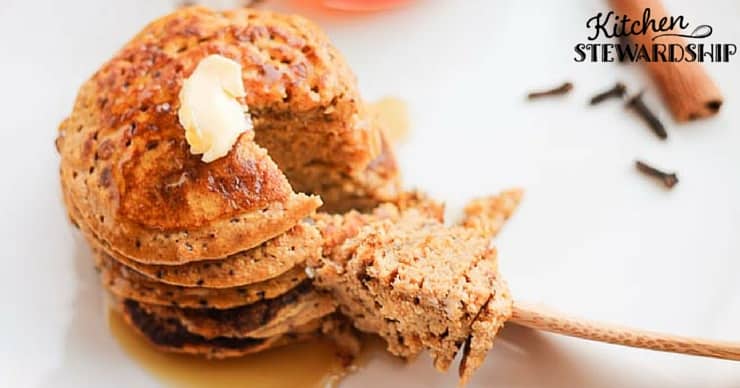 The grain-free lifestyle is made MUCH easier if you can cook from scratch. Better Than a Box has lots of “feels like normal” meals with cream sauces that you can make with arrowroot starch instead of flour to stick with your diet! Use the coupon COCONUTFLOUR for 50% off the book!

Other Advice on Baking with Coconut Flour

Plenty of other bloggers have weighed in on the subject before:

Have you used coconut flour? What are your favorite recipes? Feel free to leave links in the comments.

38 Bites of Conversation So Far